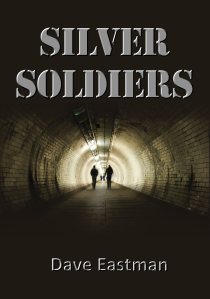 Chapter One – The Beginning of the End

Campbell knew the girl was trouble as soon as he saw her. Not wicked, not evil, but definitely trouble. The sort of girl he might have chased fifty years previously, would have avoided thirty years previously, and should probably run away from now. He didn’t know why she was walking down his drive, but he could almost guarantee that his safest course of action would be to pretend he wasn’t home.

With a sigh he rose painfully from his chair, pausing for a brief moment as a shooting bolt of agony in his guts sent a spasm of pain across his face, before composing himself and moving to the door. He was pulling it open even as the doorbell rang, his smile broad and genuine.

Not for the girl, no, she still looked like nothing but a potential pain in the backside to his old eyes, but her companion had never been anything but a source of joy to Campbell. Stepping forward he enveloped his grandson in a huge bear hug while Little Miss Trouble looked on with anxious eyes.

‘Granddad, we need your help. We need you to hide us from the police.’

Patrol 72 consisted of an armour-plated off-road vehicle, enough ammunition and weaponry to both start and finish a small war, and two uniformed officers with the mentality of well-trained attack dogs. Once they received an order to track down a target, they would not stop until that target was either in custody or in the ground.

Such an order flashed up on the screen of the tablet affixed to their dashboard now, three lines of text, a video loop of CCTV footage, and a basic street map showing a blinking red dot just ten miles from their present location.

The video footage showed a young woman dressed in tight-fitting black clothes run across an unremarkable stretch of concrete before opening a sewer grate and disappearing below the ground. Her hair was cut short at the sides and back and distinctively styled into a series of spikes of differing lengths on top. Even though the video clip was dimly lit, her face could be clearly seen. She was pretty, with a small stud in one nostril and dark makeup, not that either of the officers noticed or cared about her looks.

They cared only that she would be easily identifiable.

The blinking dot on the map was centred on a detached house in a residential area of a small village the two men had never been called on to visit before, one of many crime-free areas under their jurisdiction. With a swipe of one finger across the screen the details of the home’s owner appeared; Mr Campbell David Ellis, 72, retired. No outstanding warrants for arrest, no criminal convictions in his past. Married, his wife registered as living in a specialist care home some three miles away from the Ellis residence. One daughter, deceased, one grandchild, a boy, Orion Bohdi Tremmel, 19.

A passionless précis of a man’s existence, read with no emotion and the certain knowledge that the passionless readers would passionlessly kill this man without hesitation (or indeed passion) if he impeded their mission in any way.

After checking that their assault rifles were fully loaded the two officers of Patrol 72 of the Greater London Police Department spurred their vehicle into action and set off towards their target.

‘So, how much trouble has she gotten you into?’

Ryan cringed inwardly as he saw the look Sage shot his beloved Granddad, though he couldn’t really blame her. The old man had grudgingly ushered the two of them inside as soon as Ryan had asked for his help, though not once had he looked at his grandson’s travelling companion. As soon as they had reached the kitchen he had bluntly asked his question, still ignoring this amazing woman who had so completely changed Ryan’s life, and who he now needed his Granddad’s help to save.

‘It’s not like that, she didn’t get me into anything, I promise!’ Annoyingly the young man could hear a whine creeping into his own voice, as though he were a scolded child. He reached across and took Sage’s hand in his for strength as he continued, his voice now more controlled and mature. ‘Honestly, Granddad, she’s amazing, and she’s doing something amazing, and if you knew everything you’d understand why we have to help her.’ The love-struck young man couldn’t help himself, glancing across at this girl who had crashed into his life, quite literally, less than a week before, and who had now stolen his heart so completely. That heart now skipped a beat as he saw that she had been glancing at him, as well, a soft smile playing on her lips.

He just had to get his Granddad to understand!

‘OK, well tell me everything, then. Tell me what’s so bloody impor-’ Campbell’s question was interrupted by the doorbell, its soft chimes startling all three of them into silence. For a moment the older man shared the look of alarm that Ryan could see on Sage’s face and knew without a doubt was on his own, but for his Granddad it was quickly replaced by a rueful smile and a laugh. ‘Probably another bloody stairlift salesman, I’ll get rid of him and then you two,’ he said, pointing directly at the young couple, ‘are telling me everything. Everything, understand?’ With that he left the room, his beslippered footsteps padding away down the hall towards the door.

‘Orion, we have to get out of here. Now!’ Even as she was talking Sage was pulling him in the direction of the back door, but Ryan resisted.

‘I’m sure he’s right, I’m sure it’s just a salesman. You said the thing was shielded, that they couldn’t track it, right? So there’s no need to-‘

Another interruption, but this time it was far from the soft chiming of the doorbell. A loud gunshot sounded, followed by the noise of a body hitting the floor and running feet in the hall.

As Ryan’s mind filled with the horrors of what had just happened his numbed brain filled with just one innocuous and incongruous thought.

Probably not a salesman, then.

Available to read for free on Kindle Unlimited, as an e-book or as a paperback from Amazon here.